Home / A second birth after 129 days at Western Health

A second birth after 129 days at Western Health 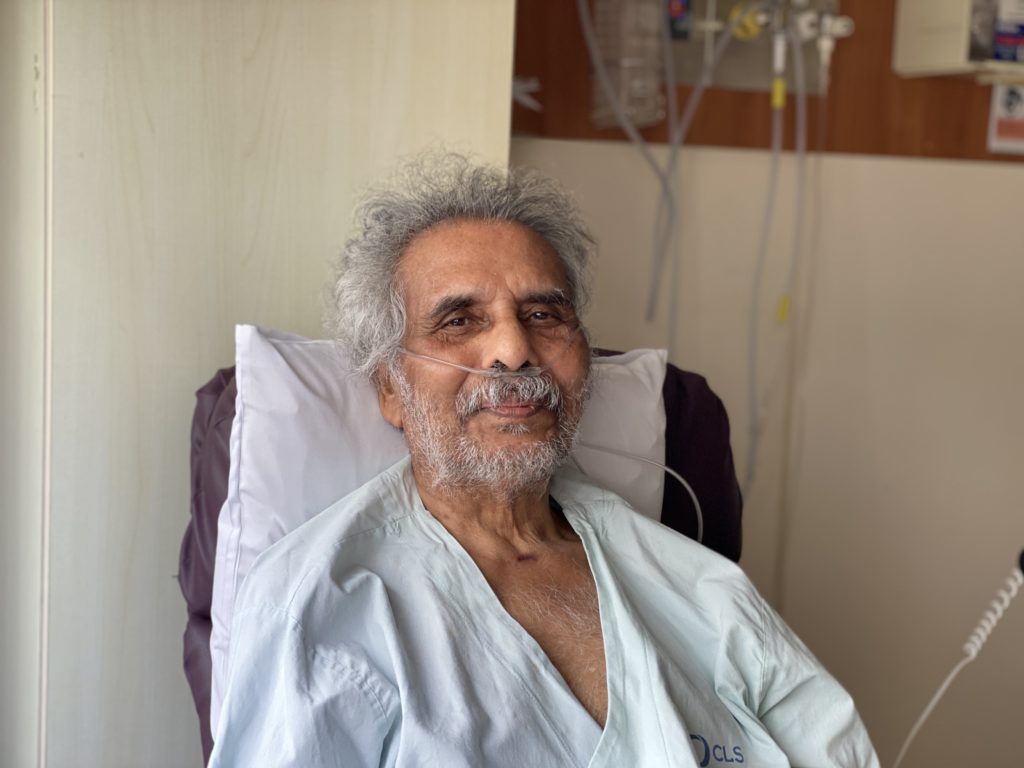 After contracting COVID-19 while visiting family in Melbourne from his home in India, and spending 129 days at Western Health, Mr Viswanathan Nair was discharged from GC GEM at Sunshine Hospital yesterday.

Mr Nair was admitted to ICU Footscray on July 4, where he was intubated and required a tracheostomy to be inserted to be able to be weaned from a ventilator. He was then transferred to 2B before heading to GC GEM in September.

During his first weeks in hospital, Mr Nair said he wasn’t sure of his chances for survival, but he took comfort in knowing that his sons had good jobs, marriages and homes and would take care of his wife.

“You are born, you come to earth, you have to go back. It’s the natural phenomena,” he explains.

After a month in hospital, Mr Nair said he thought he would survive.

“I feel lucky. This is my second birth.”

“It’s affected me,” Mr Nair says of coronavirus. “I was a smoker for 25 years. Coronavirus has badly affected the lungs of smokers. Don’t smoke,” he warns.

In October, Mr Nair was able to celebrate his 44th wedding anniversary with cake and a visit from his wife and son, arranged by the staff in GC GEM. His face lights up as he describes the cake and sweet items his wife prepared for the visit, and he explains that his daughter-in-law and grandchildren were able to wave outside his window and be part of the celebration.

Nicole Keogh, GC GEM NUM, says the GC multi-disciplinary team have worked with Mr Nair to help him to regain his strength and independence.

Mr Nair’s positive attitude has been particularly inspiring throughout his stay says Nicole.

“He always has a smile on his face, and he has been determined and focused on getting home. Mr Nair has had a long journey, that has not been easy, however he has felt cared for, supported and safe no matter where he was receiving care.”

Mr Nair has commented on many occasions how extremely grateful his is for every team member that has provided care for him at Western Health.

“I’m thankful for all the doctors and nurses and all the people who come for cleaning and food, everyone,” he said.

During our conversation, he returns a wave from a staff member walking by.

“I love the people! And they love me!”

As he was discharged, the entire team on GC GEM today applauded.

“This is a great outcome for Mr Nair,” said Nicole. “However, Mr Nair’s journey has only been made possible because of the work from all the WH teams working together as Mr Nair has transitioned throughout his recovery. This is Western Health Best Care at its best!”